Day 20 (aka Piper Pukes in the Prado)

My poor sweet baby (big) girl. I knew something was amiss this morning when at breakfast she said not one word and barely touched her banana smoothie. Dismissing it as teenage crankiness, we piled back into Joaquin’s Prado to head to the actual EQUATOR line! Spirits were high since this was going to be surreal. Imagine standing on the infamous line itself?!

Well, about half-way there and with no warning, Piper puked in the Prado. Bless her heart, she tried to hold it all in her hands but there was just too much. We managed to get the window cranked open about halfway through as she continued to blow banana chunks down the Pan-American highway. My first thought was, “Where did all this liquid come from?!” And my second was, “Oh God, Joaquin is SOOOO done with us!!!!” Joaquin pulled over to a gas station where Piper proceeded to puke some more. As I had done with the chicken/rice spillage episode, I gave her the shirt off my back and put my jacket on. We pulled her hair into a topknot, lied to her about smelling like vomit and managed to get a smile out of her. She insisted she felt better and apologized profusely for poor Joaquin’s car!!! Nothing that a bit of elbow grease couldn’t fix. Off we continued to the equator, still about 20 minutes away.

The actual equator line itself is truly a marvel. We arrived at an outdoor museum of sorts and signed up for a tour that would include experiments galore, proving the difference between the equator line itself and everything to the right or left of it. Midway through our tour it became evident that Piper was not doing well at all. She was white as a sheet and could barely stand up. At this point, I mentally exited from all the cool learnings and focussed on my sickie. Alvi and Saffy were completely engrossed and participated fully in some of the experiments they ran! (These included a demonstration on pulling the plug out of a sink on the equator line where the water ran straight down the drain like a bullet, and just one or two feet on either side of it the water would rotate down either clockwise or counter-clockwise.) 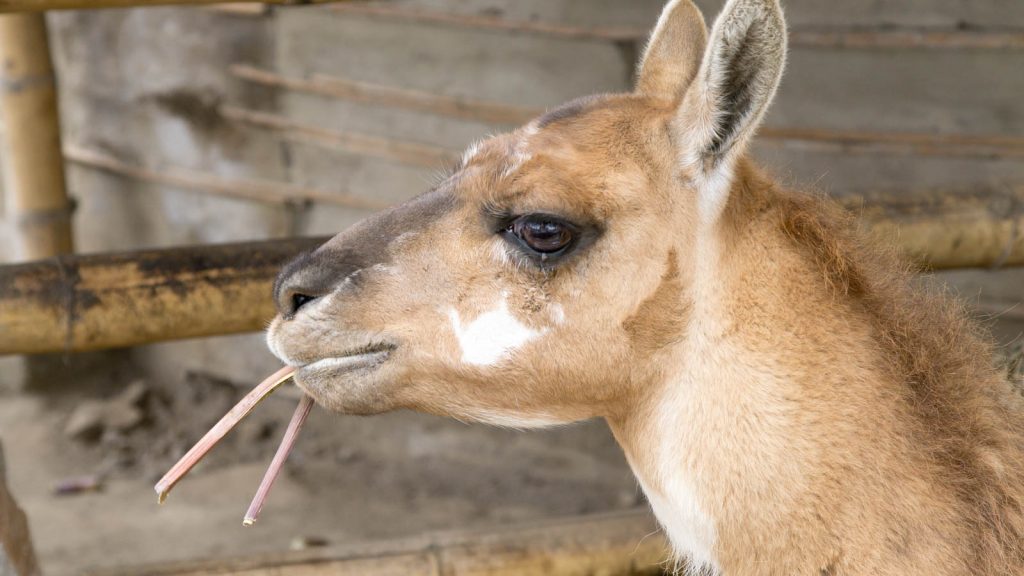 Llama greeted us at the equator! 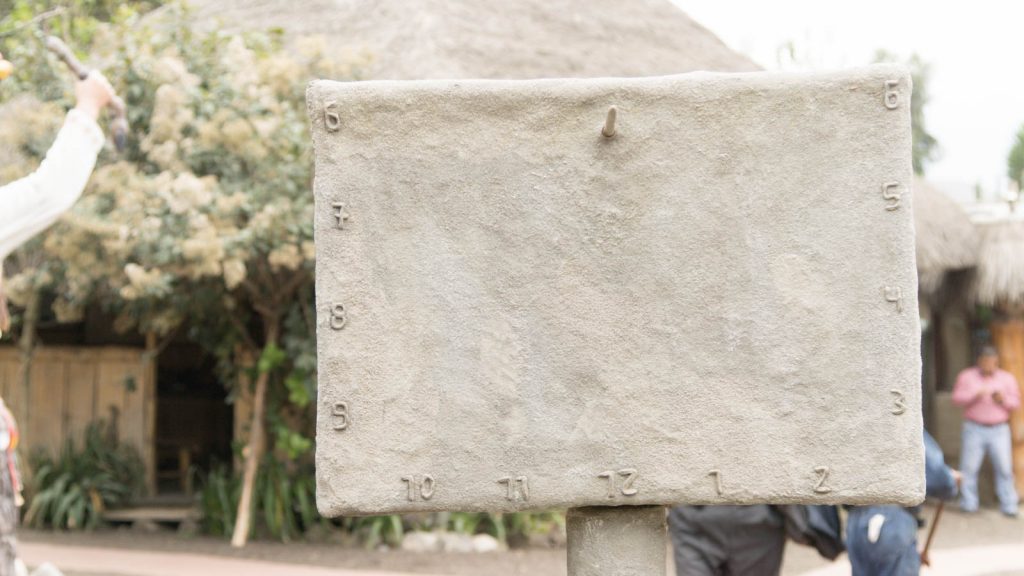 Sundial directly on the equator. 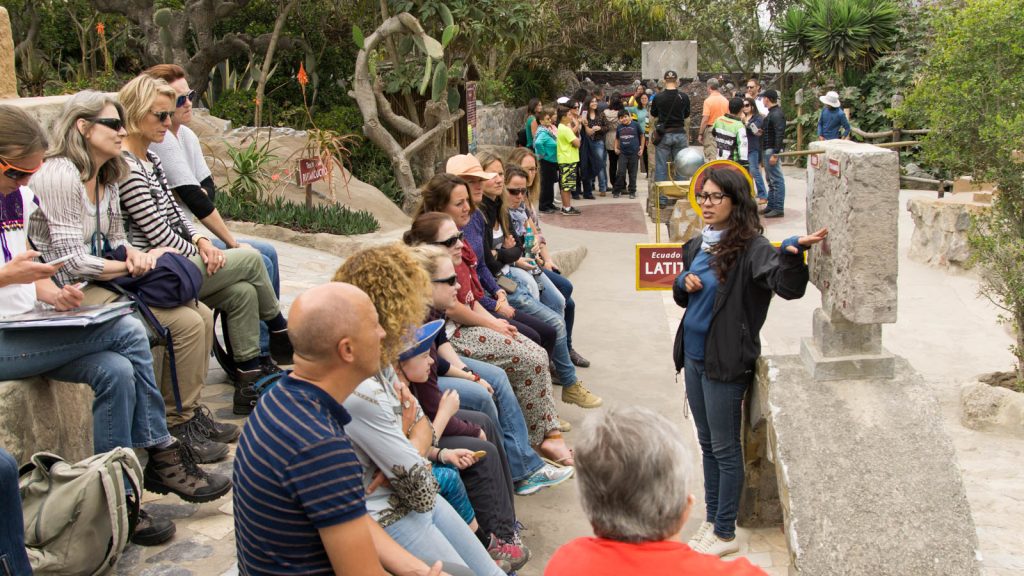 Explanation on the sundial within our tour group. 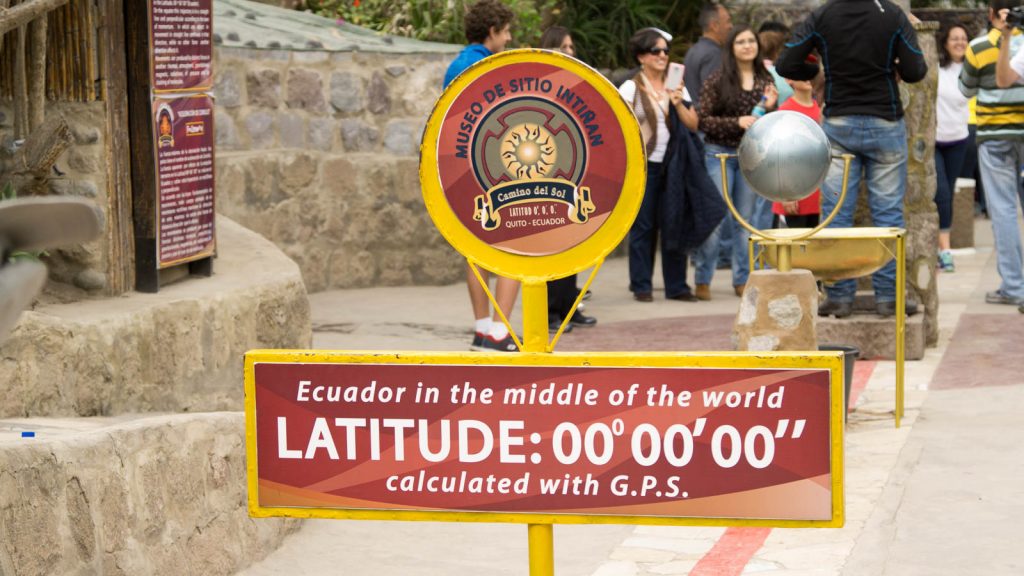 This was PRETTY cool. We all felt a little “off” being right on the equator line. Though Piper was literally and actually sick. 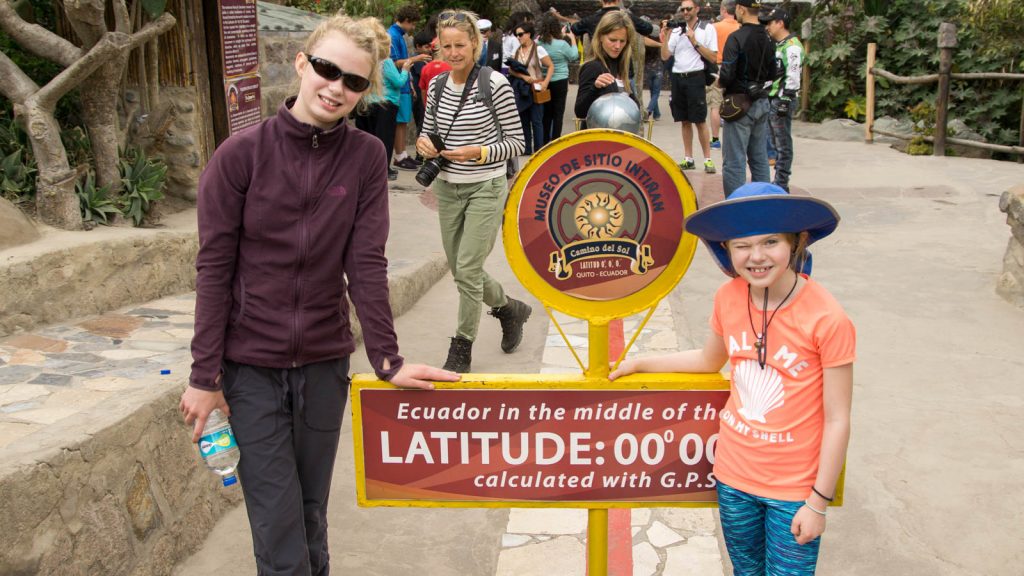 Poor Pipes. She could barely stand. 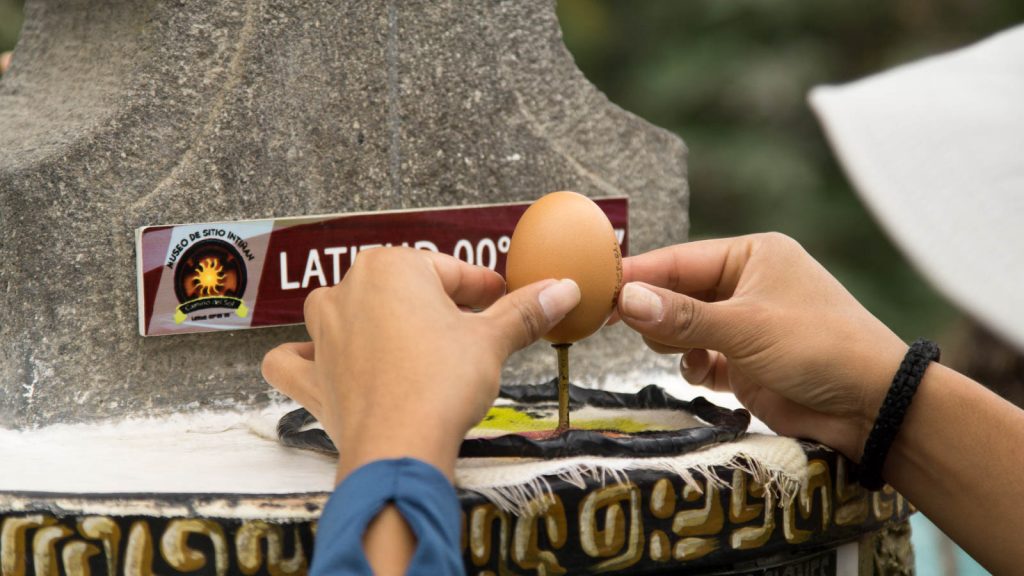 Balancing an egg on a nail head. Easier to do on the Equator! And Alvi successfully achieved it with the certificate to prove it lol. 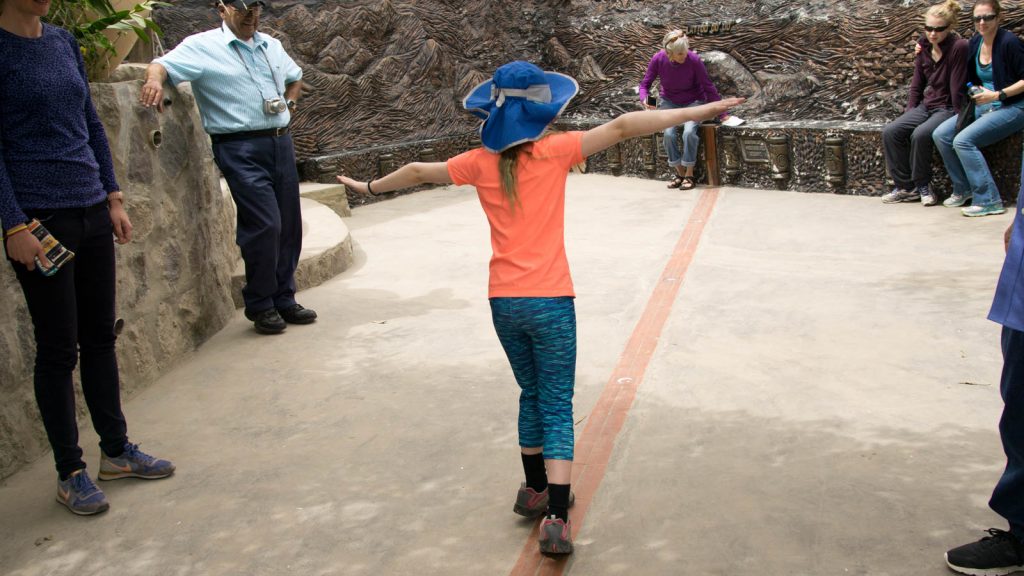 Walking the Equator line with your eyes closed is an impossible task. You fall over immediately. Piper and I are off in the background where she’s barely hanging on.

But haste was of the essence since Pipes appeared to be going downhill quickly. We called an audible and decided to get back to the hotel as soon as possible. Maybe some rest and liquids would help her to feel better, and a special dinner with Joaquin and Diana was on the agenda for tonight so fingers were all crossed.

Back in the hostel, I volunteered to stay with the kids while Alvi ran around to get us some food and have our laundry picked up. During this time, there was a significant amount of additional puking. Gah!!!! This time all over me, the floor, the bed, the shoes. I don’t ever remember a time when Piper was as sick. I raced down to the front desk and attempted to tell the young girl that I didn’t have any money since I gave it all to my husband but could she please find it in her heart to give me some crackers and I would pay her back. All of this came out like “Pan! No deniero!! Por favor!! Pan! Pan! Necessito!!!! <insert gesture of puking/holding one’s stomach/nibbling on crackers>” I think the girl thought I needed money and proceeded to pull some out of the till to give it to me…. umm, thank you?!!! Eventually she realized what I needed and put together a plate of dry bread and crackers for me to bring to Piper.

Long story short, thank God Joaquin is married to a doctor! Diana came to look at Piper and immediately prescribed some medication for her. Our fancy evening out was postponed and it wound up just being Joaquin, Diana, me and the Saffster for a casual pizza. We said our goodbyes, left some stuff with them to store for us during this next leg of the trip (have I mentioned we over-packed?!!) and gave hugs/kisses. Two such special people have come into our lives as virtual strangers and evolved into wonderful friends. We were so very blessed and will look forward to seeing them on the “flip side” when we return to Ecuador in August!

I went to bed praying Piper would perk up, especially given the 36 hour bus ride that lie before us. 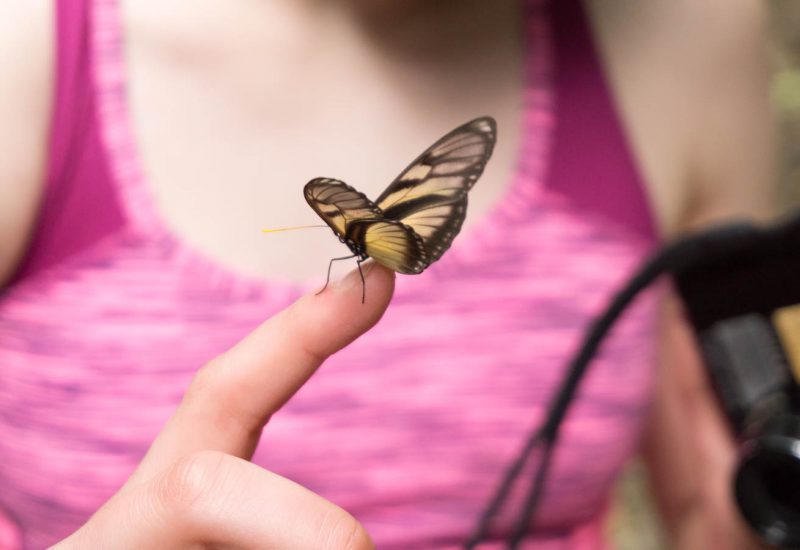 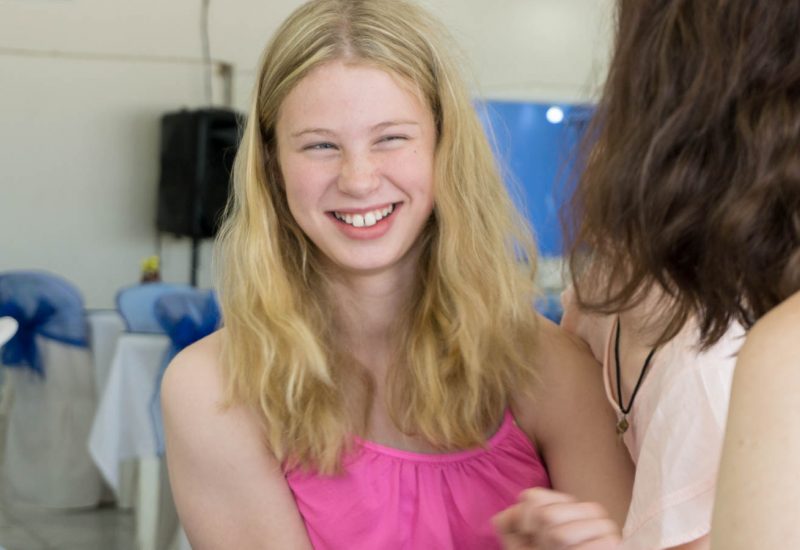 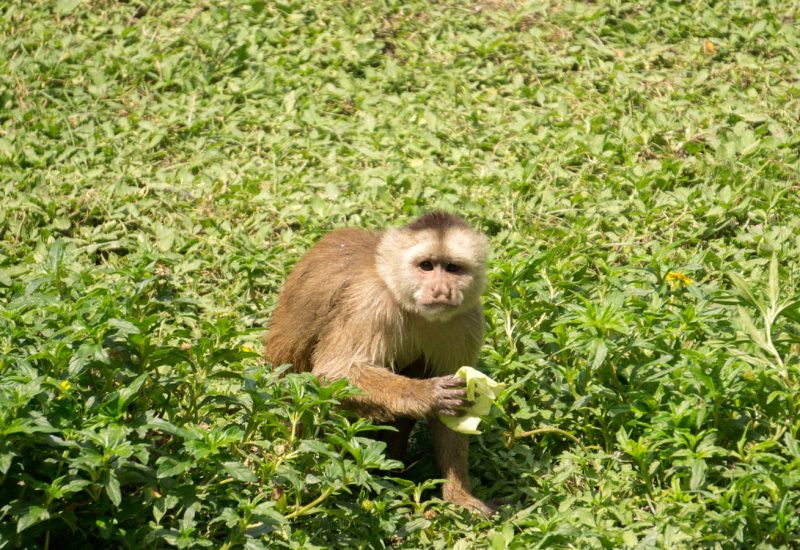