It was an amazing day today! We got up and had a very good breakfast. Then, Joaquin took us to your not-to-typical museum. It was an animal sanctuary. There were parrots, macaws, sloths, snakes, monkeys, deer and so many more. The parrots would repeat “hola” to you. We then went back to the pier and had some food and ice cream. Yum!! 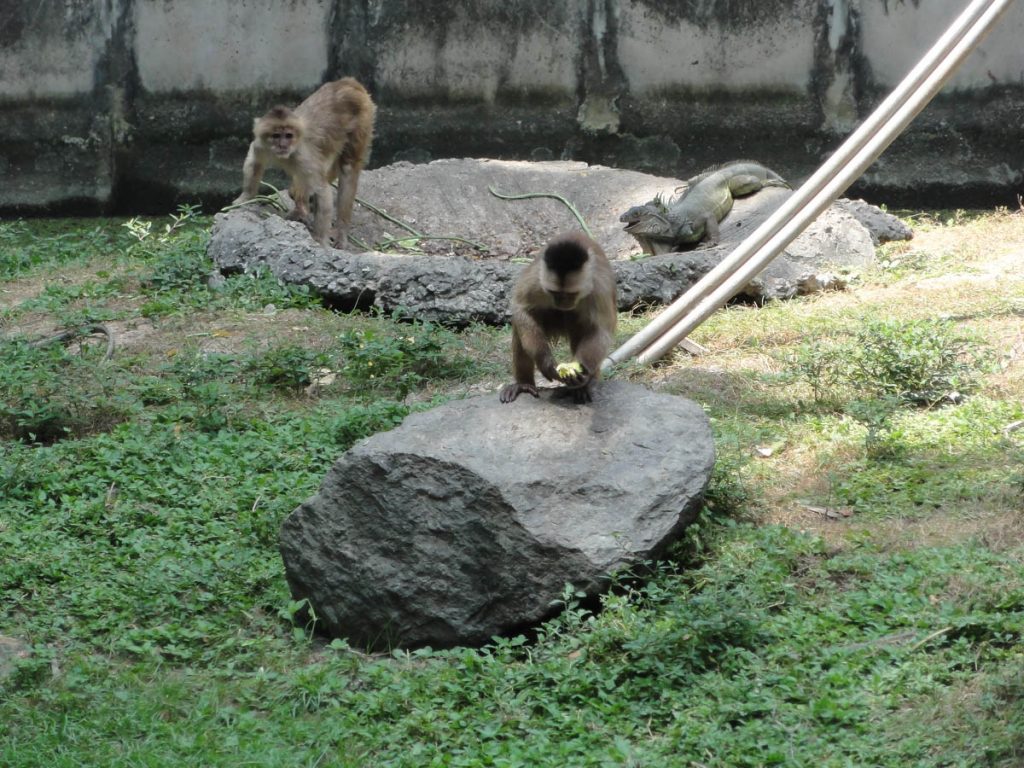 I took all these photos. 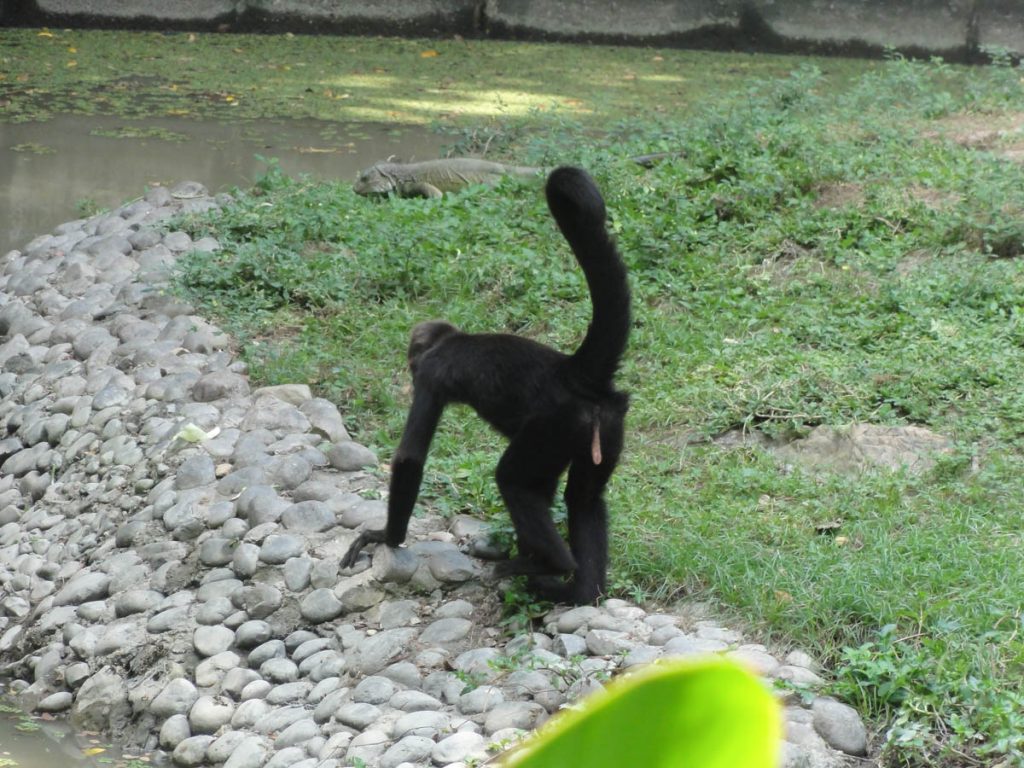 This is apparently a spider monkey. 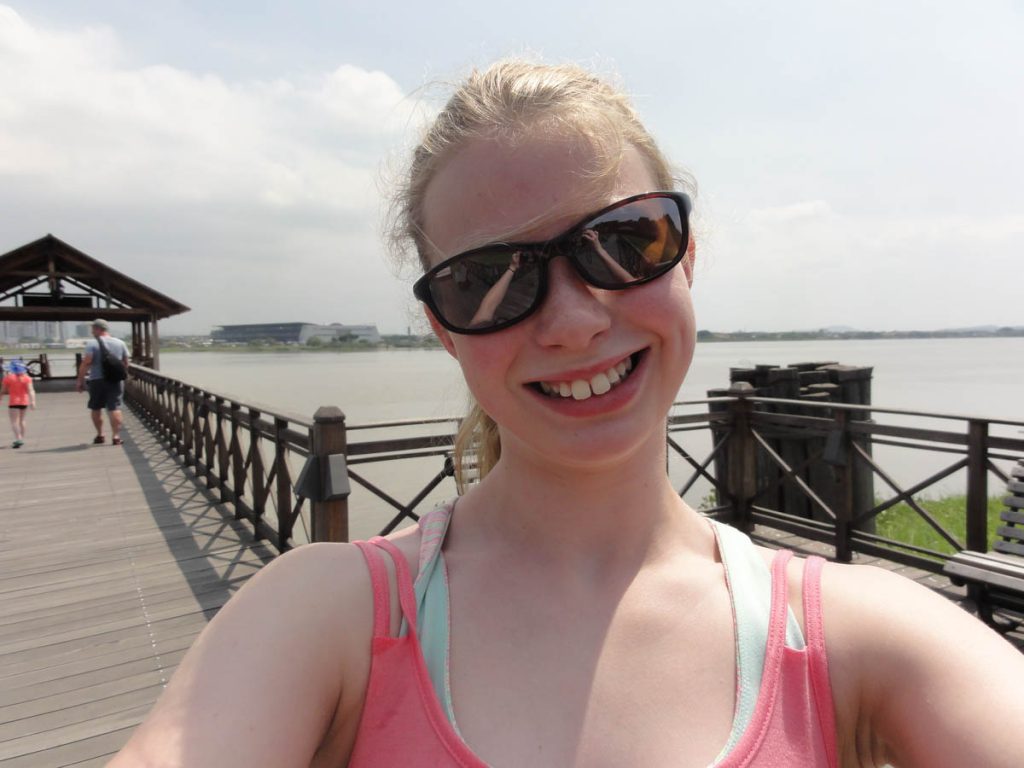 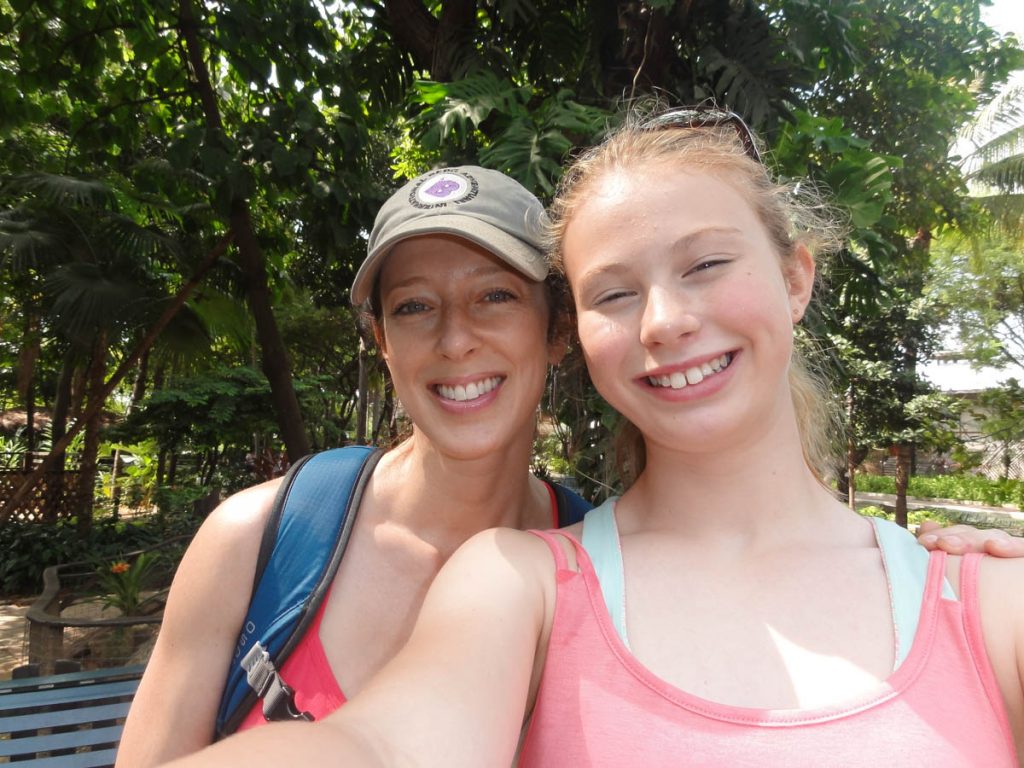 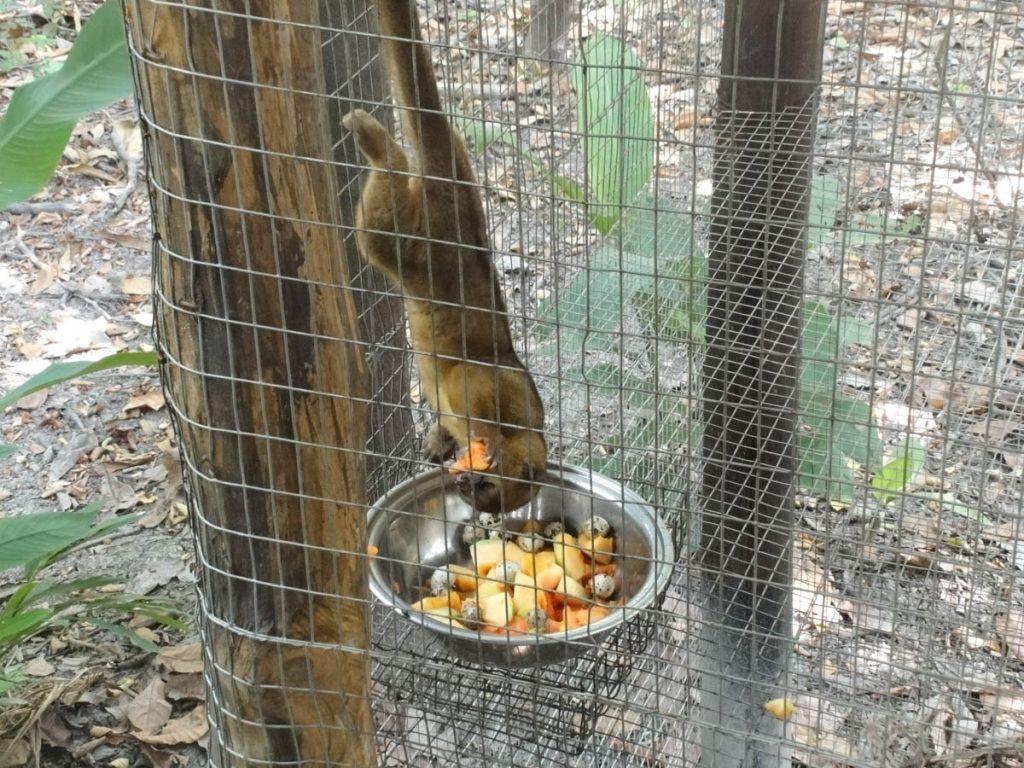 Lemur being a total pig! 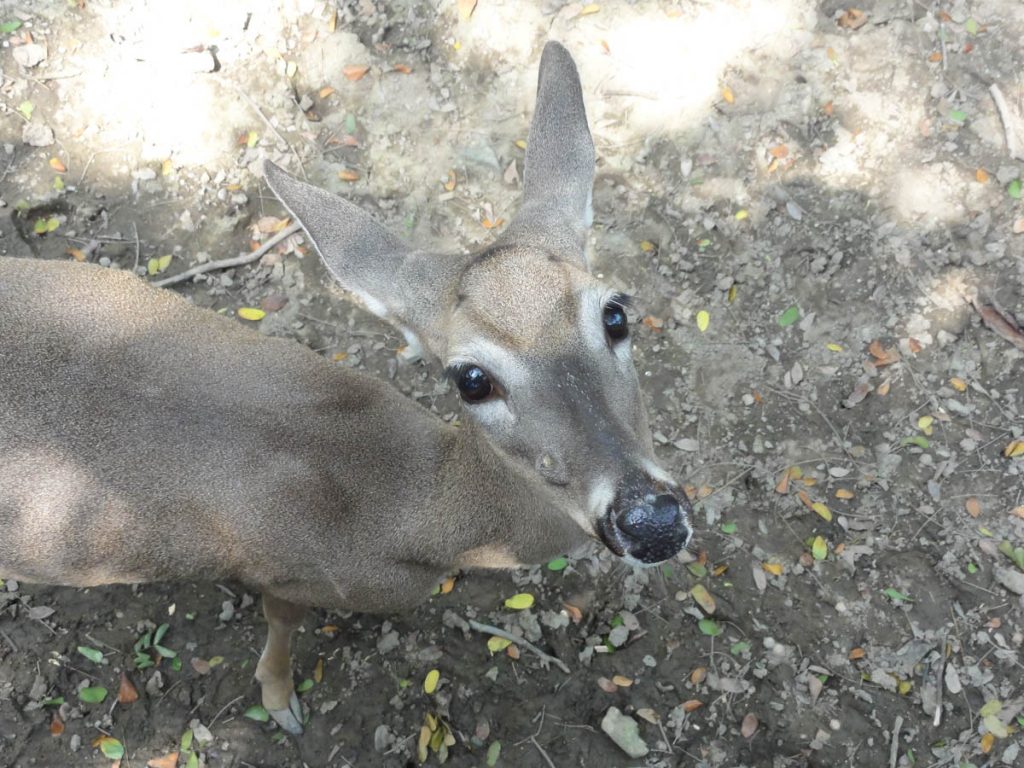 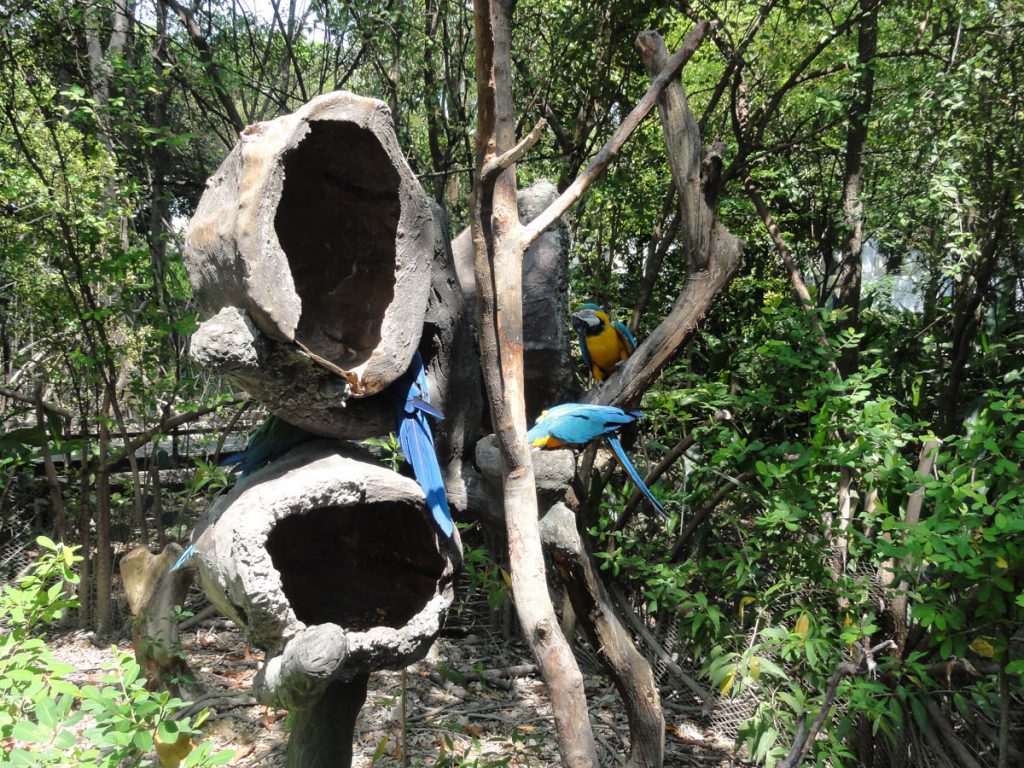 I loved the blue parrots!!

Joaquin took us to a famous place called Las Peñas. There were 444 stairs. Surprisingly, Saffron was the first to make it to the top! I was shocked. We went back to the hotel to get ready for dinner but before my shower I had to do some conditioning. Gotta keep in shape! My mom did it with me but she sucks at hollow hold ha ha. I put on my new dress and did my hair after the shower. Joaquin and Diana took us to the “malecon” which is Spanish for pier. It had a big fountain with colourful water synchronized to the music. We walked to a place that had seafood restaurants where I got fish and rice. Thinking that it was going to be fried and breaded like a fish stick, I ordered it. It was LITERALLY a full fish — fried. I took off the head and tail and ate as much as I could.

Saffy decided after she was done to go and play on the playground. She met 2 girls who were from Guayaquil. They didn’t speak English and Saffy didn’t speak Spanish. It’s amazing because it doesn’t matter what colour skin you have or what language you speak, you can still play together. As she was playing, a cat came over. She looked very skinny and sad so we decided to feed her. When we were about to leave, we followed her and it turns out that she had 5 newborn kittens!!! It makes me so sad that animals don’t have homes or food. Dad came up with the idea of buying fish for the cat. Also, Diana said she will post a photo on Facebook to see if anyone would adopt them. We left the fish and decided that we had to go back to the hotel. After saying goodbye to Joaquin and Diana, we went to our hotel and fell asleep. I really hope that the family of cats find a loving home. Love, Piper. 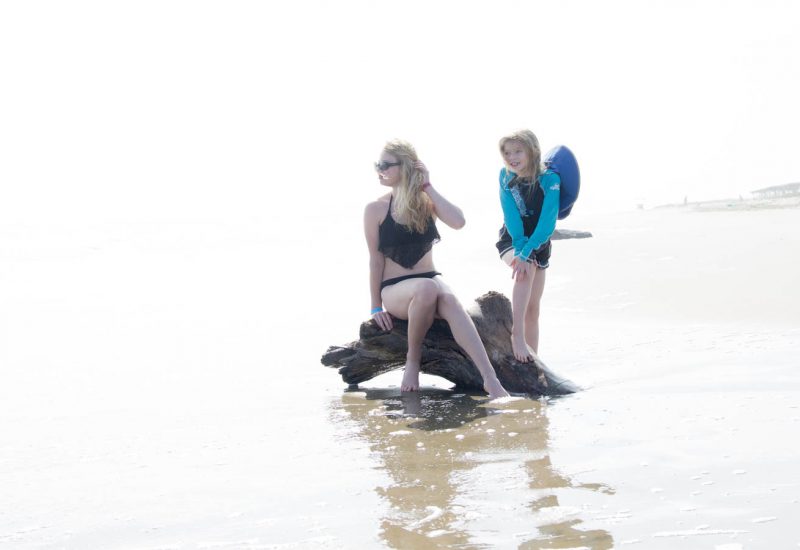 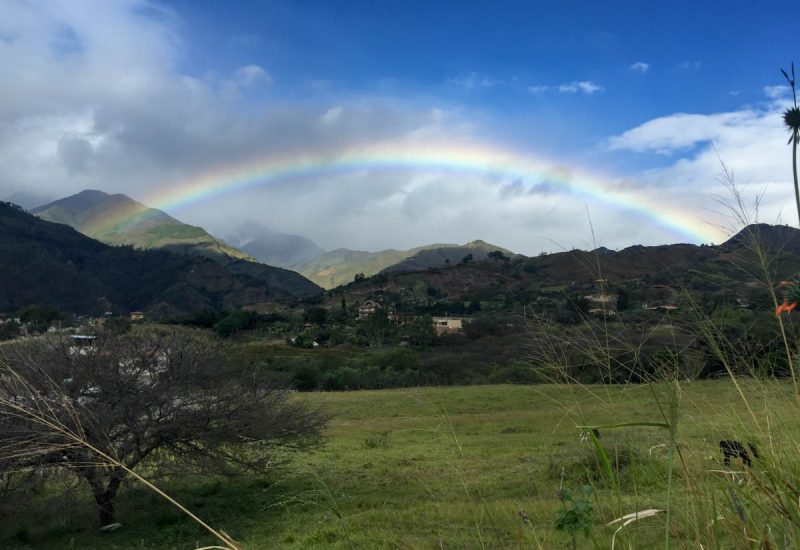 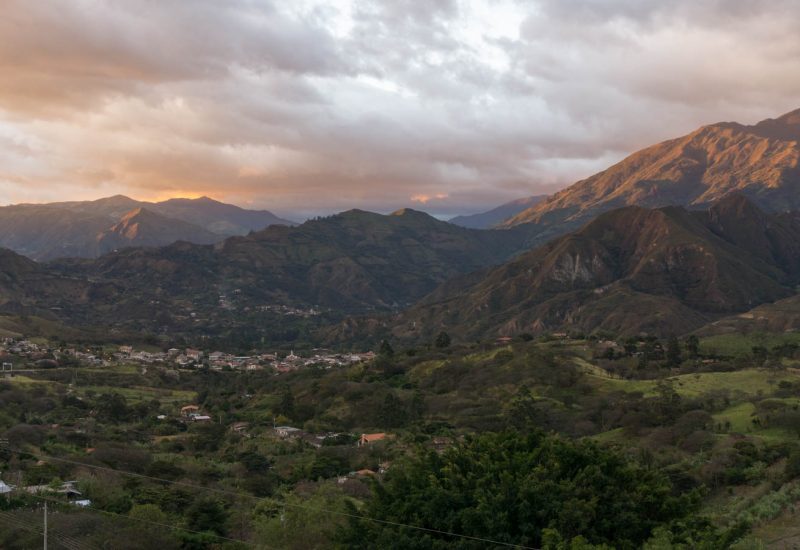